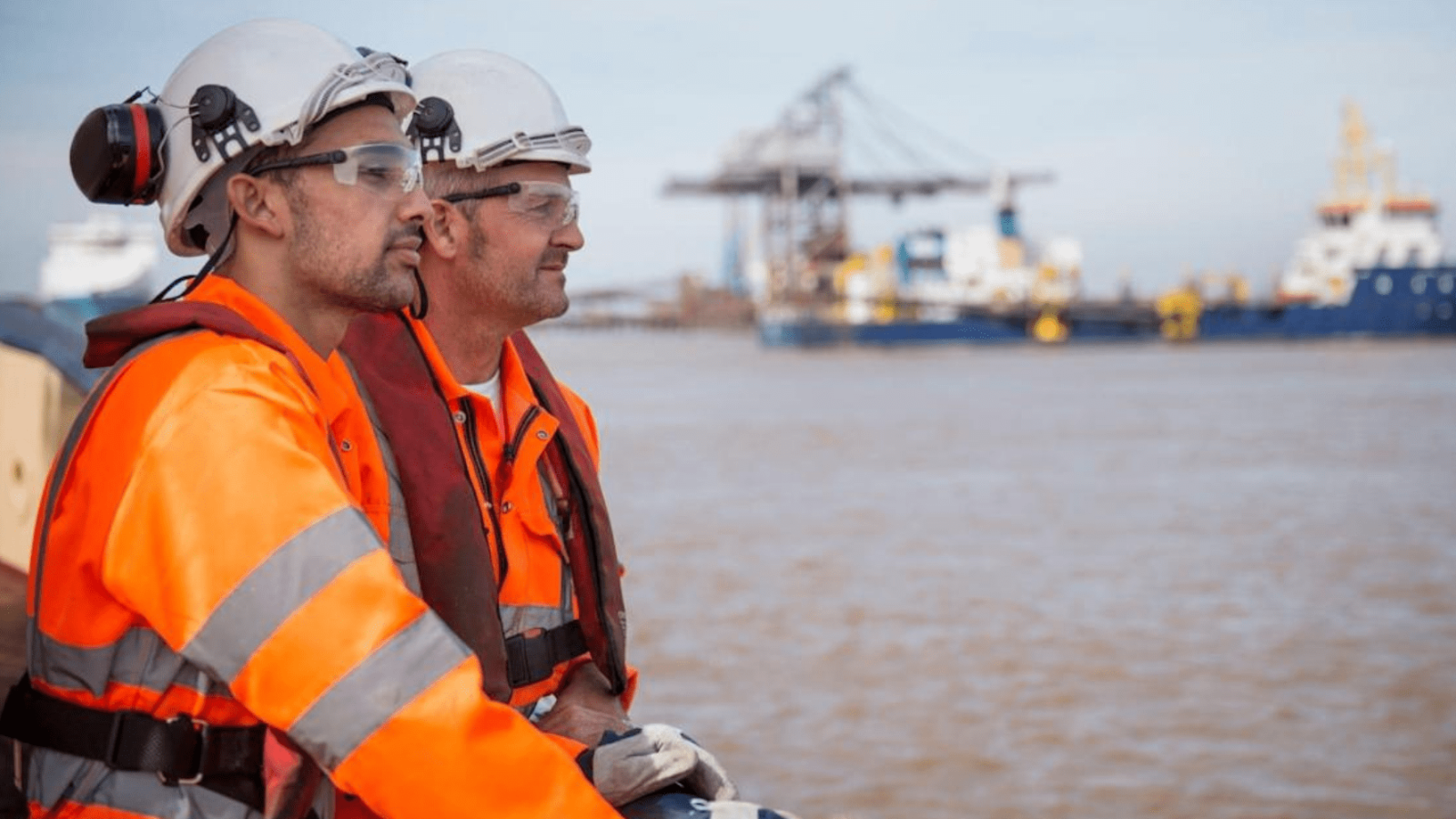 Our main product, Frugal Propulsion, focuses on turning data directly into actual, tangible fuel savings. That, in turn, translates into just as significant savings on CO2 emissions. On top of that, the data we collect is made available for integration into existing business intelligence solutions – or directly via our own web interface. This document covers the core data analysis principles we use, the product’s practical use, and how it differs from conventional propulsion control solutions.

What is in the package?

A Frugal Propulsion package consists of three main components, two of which go onto the actual vessels:

•The Frugal Propulsion HMI panel is basically an additional power handle that goes on the bridge.

• An electronics cabinet that serves as the primary integration point for onboard sensors, the HMI panel, the existing propulsion control system, and our cloud calculation engine.

The final part is the Cloud Calculation Engine (CCE) which accumulates all the data we collect on vessels with Frugal Propulsion. This engine does the actual calculations that result in the optimized propeller curves, which in turn save fuel. This part of the setup runs on secured servers that use banking encryption standards to ensure data is available only to us – and you.

Frugal Propulsion does not directly interface with propeller and engine but rather via the existing propulsion control system (PCS). We have established interfaces in cooperation with MAN Energy Solutions, Norisys GmbH, Wärtsilä Lyngsø, Kongsberg, and others at this point. We do this to ensure existing engine and propeller safety features remain in place, even when Frugal Propulsion is active. On top of that, we add additional safety mechanisms, such as light running margin and exhaust temperature monitoring to further safeguard all components involved. Our machine learning algorithms preen the data we use to generate propeller curves according to convex hulls that define allowable load, temperatures, and other parameters at varying engine RPMs and vessel conditions.

Frugal Propulsion is built in part upon the principles of Model Predictive Control, a well-established control principle in use in various forms in petrochemistry, robotics, and many other fields. The other main part of our cloud solution is modern machine learning which makes extracting tangible results from large amounts of data feasible. The core benefit of combining these methods is that it enables learning systems that benefit from experience instead of traditional regulation loops that only know about right now. In our case, we need to learn mainly about three different aspects of vessel propulsion:

• The next thing we need to know is how combinations of engine RPM and propeller pitch map to vessel speed and slip. We want to identify the combinations that provide the best specific fuel consumption (SFOC) across a range of RPM

values, which makes up an optimal propeller curve.

• Lastly, we need to map the relation between vessel condition and the optimal propeller curve. Vessel draft and trim significantly impact which combinations of RPM and pitch perform well concerning SFOC.

Once we have established an optimal propeller curve, we can do several other things on top of that to save even more fuel. Frugal Propulsion also comes with two types of additional automation:

• Speed pilot: By enabling the speed pilot, we can simply maintain the desired GPS speed by monitoring the actual speed and adjusting propulsion power according to the optimized propeller curve. This makes it much easier to ensure vessels do not consume too much fuel by ensuring speed is kept at the necessary level to meet scheduled arrival times.

• Power pilot: Much like the speed pilot, using the desired power level as a setpoint ensures fuel consumption does not exceed a given value since the power output is directly proportional to fuel consumption.

Our power pilot feature also enables us to ensure EEXI compliance simply by enforcing a power cap. Capping power also means capping speed, but by using our power pilot feature in conjunction with our continuously optimized propeller curve, at least you get as much speed as possible, using the power available. This is a simple and relatively easy way of ensuring EEXI compliance by 2023 while also ensuring a significant efficiency boost.

Figuring out which propulsion parameters are best while also being safe about it takes time. Our CCE needs several things to be able to calculate and deploy optimized propeller curves consistently:

• The first thing we need is a set of initial data points to seed the CCE. We get these data by doing a sea trial on the vessel in question. During this trial, which typically takes about five hours, we systematically try out combinations of engine RPM and propeller pitch to positively identify the operational envelope – or to be exact: convex hull – of settings that make sense on this vessel. These collected values also serve as the basis for the initial propeller curve we deploy in the Frugal Propulsion set up during the trial.

• The next thing is to make good use of the initial propeller curve to collect more data on these settings. After about a week or so of service, we generate the next propeller curve based on the initial curve and the data we have collected. The CCE will continue to deploy new curves while slowly exploring the effects of the increasing pitch at discrete RPM values to see if engine efficiency increases or decreases or if propeller slip is better or worse.

• We also need reasonable conditions. Bad weather tends to inhibit the learning algorithm somewhat. It does its best to filter out noisy data that is influenced by waves, swells, or wind. But, if there are high winds or adverse conditions during extended periods, learning will take longer. We work hard to improve immunity to adverse conditions by including weather services, such as stormglass.io, into our CCE.

Depending on the amount of use Frugal Propulsion sees, the process of uncovering the best propeller curve for a particular vessel condition may take from about a month to several. But as time progresses, the current propeller curve will come closer and closer to the optimal set of values. Doing things this way has several advantages:

• Unlike a classical regulation loop, our CCE can identify insufficient sensor data. Suppose a critical sensor such as the torque sensor or a fuel flow meter should fail. In that case, Frugal Propulsion will work just fine, using the latest propeller the CCE has made available – but new curves will not be generated until the sensor is fixed.

• If necessary, we can compensate for equipment that might not perform entirely as it should, such as underperforming turbochargers. We do this simply by configuring the CCE according to whatever limits we agree upon with superintendents, chief engineers, and so on.

• Unlike other pitch optimization solutions out there, we do not continuously change engine RPM and pitch to save fuel. Once the CCE has deployed a propeller curve, it only changes if a better one becomes available – typically no more than once per 24 hours. This, in turn, means we make no unnecessary wear-inducing adjustments to RPM and pitch.

• Since the entire Frugal Propulsion system

is an on-top solution, any critical errors that might occur, such as cable breaks or interface failures, simply reassigns remote control to the existing PCS until the error is fixed.

Frugal Propulsion is much like an additional power handle that always knows about the best propulsion settings, but it is also a platform for deploying more features. Our initial product did not have a speed or power pilot, but it does now – with no changes to the underlying hardware. At this point, we are also looking into trim optimization. Once we have that feature in place, we will deploy it on vessels with Frugal Propulsion. The same goes for the products we make from the data we collect – as we go along, these features will become available to you. This is, in fact, the core of Frugal Propulsion – making the most of the things you already have.